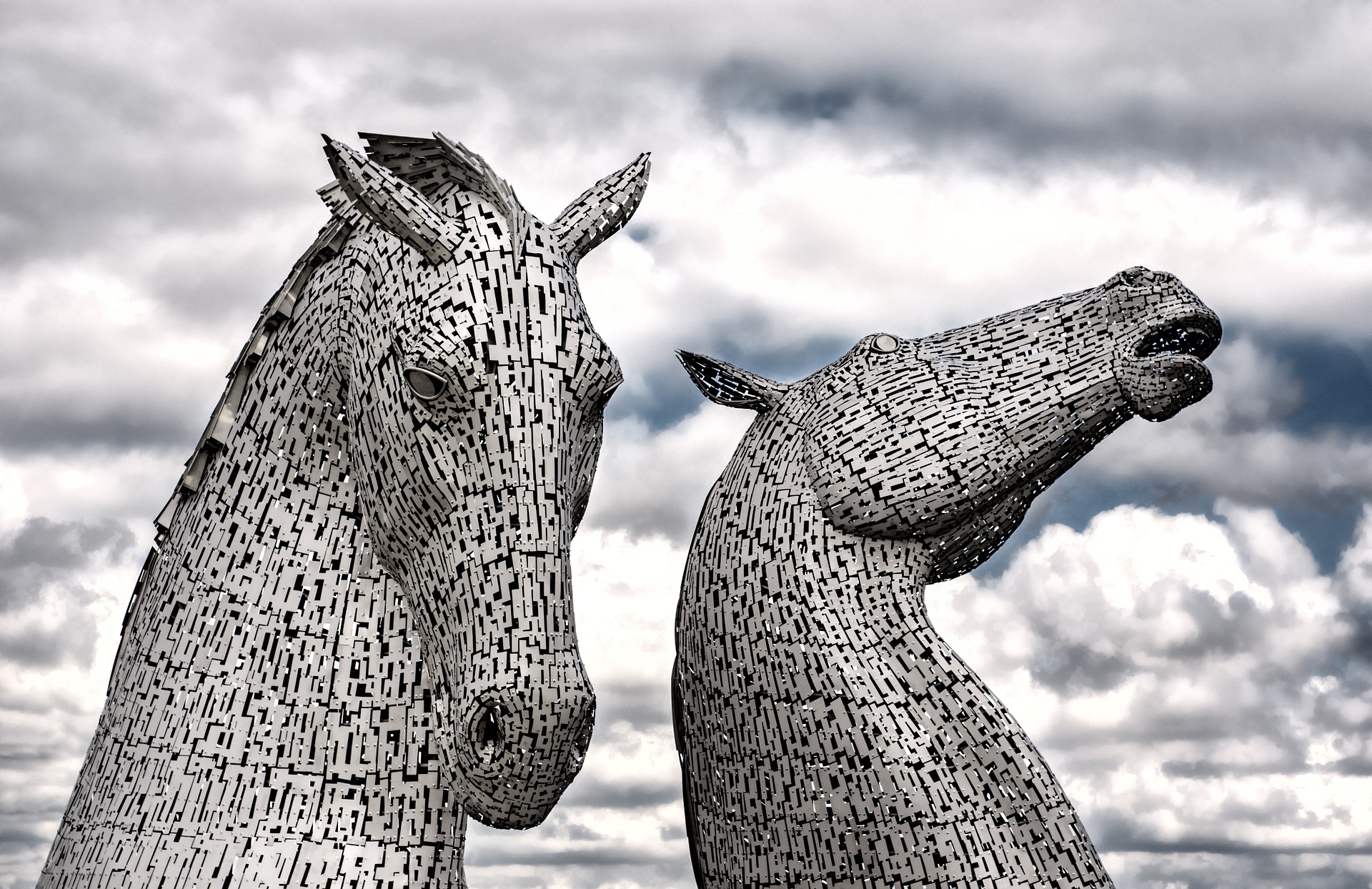 As an accompaniment to our Animals Starter Pack, we thought it would be fun to bring you a mini pack featuring a few well known mythical creatures from Scottish folklore.

While these might not come up in everyday conversation, it can be both fun and interesting to learn about the traditional country of a culture, and the scary monsters that people once thought lurked in the dark!

Kelpies are mythical horses that were said to live in the water and be able to take on human form. According to some legends, the only way to recognise a kelpie disguised as a human was through its telltale hooves!

Generally, kelpies would live in any large body of water, and would appear to individuals in order to lure them to the water, where they would then drown them. Some stories also describe kelpies eating their victims and throwing the remains to the edge of the water. As you can imagine, kelpies were therefore seen as dangerous and threatening, giving people a false sense of security before dragging them to their doom.

Kelpies are still an important part of Scottish folklore, with the main example of them in the modern world being the famous Andy Scott sculpture, The Kelpies, in Falkirk. If you get the chance, both art lovers and monster hunters should definitely check it out!

One of Scotland’s most internationally famous residents, and definitely the most well known mythical creature from Scotland, the Loch Ness Monster (aka Nessie) is also one of the more modern entries on this list.

The first recorded sighting of Nessie was in the 1870s, and interest in the monster has only grown since then. Loch Ness (a loch – meaning “lake” – near Inverness) now sees thousands of visitors a year come to try and spot the elusive creature.

But what actually is Nessie? She’s been called a surviving dinosaur, an oversized shark, eel, and even a floating log (how rude!). Whatever the truth, everyone seems to agree that she’s a large fish or amphibian-like creature hiding somewhere in the loch. She also appears to be the only one of her kind, as a pal for Nessy, or even wee Nessy babies, have never been part of the legend. Still, if she is alone then she’s one powerful lady all by herself, having caught the public imagination in a big way.

Real or not, whatever she is, Nessy is definitely an icon of Scotland the world over!

Similar to kelpies, selkies are another water-based creature which can appear in human form. But unlike their scary horse cousins, selkies are a more calm, placid type of seal which can transform into a person, typically a beautiful woman. They were said to have done this by shedding their seal skin, revealing their human form underneath. They would then wander the land before using their seal skin to change back and slip underwater again.

A common folk tale is of a man stealing a selkie’s skin so that she would stay in human form, and then convincing her to marry him. Such marriages generally weren’t very happy though, with the selkie wife pining for the ocean throughout the relationship, until eventually she found her skin and returned to the ocean. Some versions of this story describe the selkie abandoning her new family entirely, leaving the husband with the children they had had together, while others talk about her returning once a year, or coming back as a seal which looks plaintively at the family whenever they visit the ocean.

Okay, we can’t take credit for inventing this one! But unicorns definitely are a big deal in Scotland. Not only is it the official national animal (no seriously), but they can also be seen on the royal arms of Scotland, as well as on statues across the country. In truth, we’re a bit unicorn obsessed here!

Historically, the unicorn became a symbol of Scotland because of its use by various Scottish kings from the 12th century onwards. It is generally shown to be wrapped in a gold chain, which was supposed to represent the taming of its powers. As the unicorn was thought of as a wild and extremely powerful beast, the idea was that by showing it as being tamed the kings of Scotland could show their own power and strength. Whatever the reason though, the unicorn remains with us till this day. And come on, what other country can claim to have a mythical creature as its national animal?