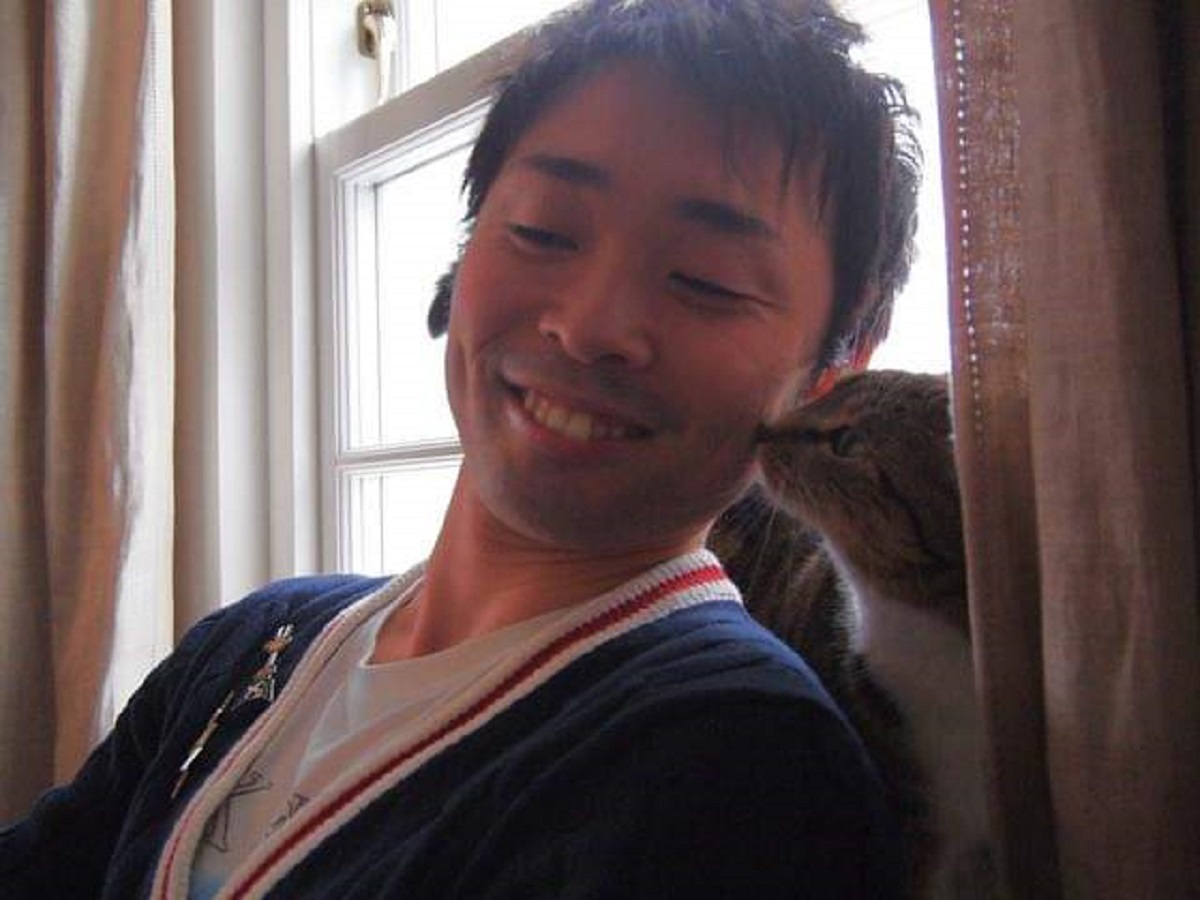 Tomo, aged 34, moved to Scotland from Japan in 2011 for postgraduate study at the University of Edinburgh. He stayed in Scotland until 2015, and is currently living in Norway and working as a researcher in Sports Sciences. We caught up with him to find out more about his experience living and speaking in Scotland.

Do you remember your first impressions when you arrived in Scotland?

I was fascinated by Edinburgh’s medieval scenery when I got off the Airlink bus at Waverley Bridge. The weather was very nice that day, and the twilight and the Old Town created a beautiful atmosphere, which gave me a very positive and exciting impression of the place. On the day I arrived I stayed in a cheap hostel as my flat contract was from the next day. The room I stayed in was for more than 20 people, and there were so many strange guys. Some of them smoked some weird stuff (I assume something illegal!) and some other guys invited girls from outside the hostel into the big shared room, which obviously scared and confused me. So, I would say my first impressions on the very first day were very mixed. Shall I say I thought of “Beauty and the Beast”?

During your first few weeks here, did you feel much of a language barrier when speaking to locals? Were there any misunderstandings?

I did. But to be fair, my English level was low, and I struggled with understanding any English accents back then. So I’m not quite sure how much of it was because of the accent of Scottish people. The first time I met my very good friend from Glasgow a year into my studies, it did shock me though. Not that we had misunderstandings due to the Scottish expressions or his accent – there was simply no understanding at all as I couldn’t catch a word in our “conversation”!

Has this changed? How do you find communicating with people in Scotland now?

Yes it has. When I moved to Scotland in 2011, American English was the easiest for me, but I can say that Scottish English was the easiest accent for me in 2015 (as long as it wasn’t too strong…). I travelled to Sheffield in April this year (for work reasons), where I had a chance to talk with a guy from Glasgow for about half an hour. Even though it’s been over six years since I left Scotland, his English was much easier to understand for me compared with people who had other strong accents (such as a Northern English accent). The great thing was the guy immediately noticed that I used to live in Scotland from the way I spoke! Hooray!

Do you have any Scottish favourite words or phrases?

Braw: It wasn’t particularly a word I liked or disliked when I lived in Scotland, but after I moved to Norway, I found quite a few similar words between Norwegian and Scottish English (or Scots?). Among those words, braw was the very first one I leant, and since then I’ve been fond of this word for some reason (by the way, the equivalent word in Norwegian is “bra”).

Is that you? (as in “are you finished?”): Not quite sure if it is a Scottish phrase, but I’ve never heard this phrase from any non-Scottish people. When I heard it for the first time from my friend, I thought he had heard some sound and was asking if it was me who had made it. We surprisingly managed to keep our conversation going for several minutes without noticing the misunderstanding though.

Gonnae no dae that: I’ve never heard this phrase from anybody nor used it myself, but I loved a series of short comedy sketches in Chewin’ the Fat (which always contained this phrase). That sketch series was also the one I learnt that “how” could mean “why” in Scotland.

What would you say to other people coming to Scotland for the first time? Do you have any tips for other people wanting to learn to “speak Scottish”?

Watch Scottish comedies! There are many hilarious ones you can find online or at the shops. Of course, it might be difficult to understand what’s going on at the beginning, but it is a good way to get familiar with the sound of Scottish voices. I trained my ears by watching many Scottish comedies with English subtitles, which helped a lot. Obviously, having nice friends from Scotland would also greatly help you understand or speak in a Scottish-ish way.

If you or someone you know would be interested in featuring in our Living in Scotland blog series, we’d love to hear from you.