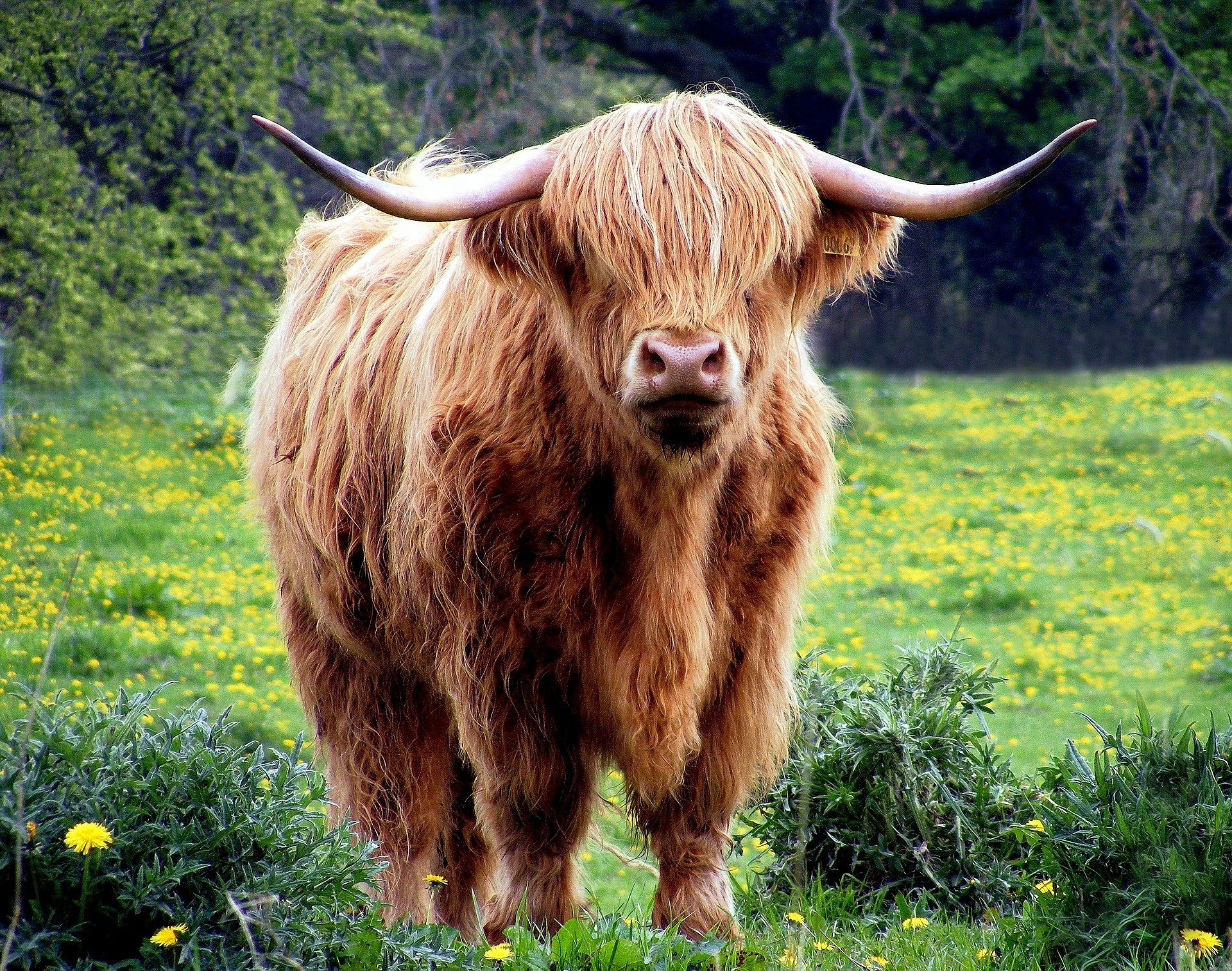 From sheep scattered across the fields to pigeons covering the streets, there are lots of ways you’ll encounter animals while in Scotland. But do you know about the ways people here talk about animals? Check out the list below to test your knowledge.

We start not with a specific animal, but with a type of them.

Beasties are generally small animals, or possibly also insects and bugs. For example, a mouse, spider or badger could all be described as a beastie. In fact, in the case of mice, Robert Burns famously called them exactly that in his poem “To a Mouse”:

You can read the full poem with English translation here.

You might not know the word coo, but if you’ve ever been to the Scottish countryside, you’ve almost certainly seen one!

Coo is a common pronunciation of the word “cow” in Scotland, because many accents replace the “ow” sound with “oo”, for example changing house to hoose and mouse to moose (see below).

Similar to coo, craw is not so much a new word as a different pronunciation of a word you may already know.

Craw is how some people in Scotland say “crow”. For a great example of this word in action, check out the children’s song “Three Craws”.

If you like your English verbs, you might already know the word dug as the past tense of “dig”. But in Scotland, it can have another meaning: dog.

You already know that coo means cow, but do you know about the Highland Coo?

A long-haired cow breed, typically with striking ginger fur, these cows are originally from Scotland, though they can now also be found in places such as Australia, Canada and Denmark. Still, the Highland Coo remains a well-known symbol of Scotland, and can be found in many rural areas of the country.

Midgies are small flying insects which feed on blood. They are similar to mosquitos, but smaller and less dangerous. Still, in the summer and autumn months we’d advise that you try to stay away from these beasties, as they will often gather in large clouds and try to land on anyone who comes near.

The clever ones amongst you will have spotted us explaining this one earlier.

Moose is a different way of pronouncing mouse, and follows the same rule for vowel pronunciations as cow and coo. You might be thinking of the other animal also called a moose, but don’t worry – in real life conversation you’re unlikely to confuse the two!

Remember that while not everyone in all parts of Scotland will say “moose”, it is something you are likely to hear!

Did you know Scotland has a native species of wildcat? It’s true! They once lived across the UK, but deforestation has drastically reduced the population, and it is now estimated that only 1,000 to 4,000 remain in the wild.

Nowadays, Scottish wildcats almost all live in the Highlands, particularly in woody areas where they can remain hidden and away from humans. This means that actually getting to see one is a fairly rare experience – although not impossible with a bit of patience and adventurousness!

Another well-known symbol of Scotland, the Scotty dog is a small breed of terrier with a distinctive “moustache” on its face.

Often known as a Scotty dug or Scotty, these dogs were originally bred in Scotland, although they can now be found across the world. However, they remain a popular symbol of Scottishness for people both within and outside of the country.

Finally, we have another animal native to Scotland.

As their name suggests, Shetland ponies come from the Shetland Islands in the far north of Scotland. These tiny – sometimes quite grumpy – ponies were bred for many generations on the island, and used for a variety of tasks such as pulling carts, ploughing fields and carrying peat and coal. These days, however, Shetland ponies are generally used for riding, as well as being admired for their looks in petting zoos and other similar places.

We hope you’ve learnt a lot from our Animal Starter Pack and feel confident to try using these words in conversation. For more Starter Packs click here.